Doogue + George Broadmeadows criminal lawyers have experience in dealing with matters heard in Broadmeadows Magistrates’ Court and all Courts in Melbourne and Victoria. Our expert lawyers support their clients through their matters and help them achieve outstanding outcomes.

If you have been charged with a criminal offence or have a matter before the Courts and are looking for legal advice or representation, contact one of our Broadmeadows criminal lawyers. 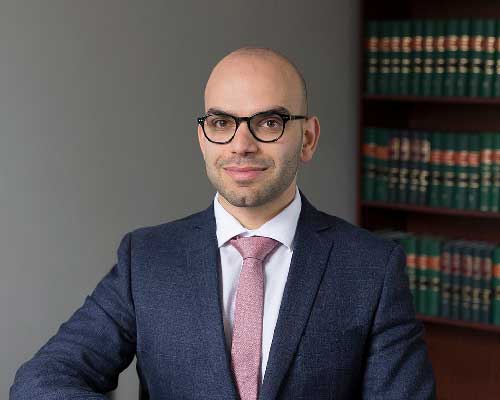 Tyson Manicolo is a diligent and caring defence lawyer, representing clients charged by Victoria Police and the Australian Federal Police (AFP). His areas of expertise include all Police matters dealt with in the Magistrates’ and Children’s Court including; assaults, breaches of Community Correction Orders, IVO matters including breaches, stalking, drug offences, theft offences, threats to kill and all driving offences.

Tyson has a particular interest in contested bail applications heard in the Magistrates’ Court. He is familiar with support services such as CISP bail and has used this service to secure bail for his clients in the past.

Tyson is determined to achieve the best result for his clients by carefully planning and preparing his matters before appearing in Court. This level of detail frequently leads to prosecutors withdrawing charges, clients avoid prison sentences for serious offences and persuading Magistrates not to record a conviction against his clients.